Because startups are often unable to pay market salaries, they want or need to grant their employees a share in the company’s value growth at the lowest possible cost in order to attract talent. However, up to now this often has not been possible through a genuine shareholding in the company, because the granting of genuine shares below the market value constitutes (non-cash) wages on which wage tax and social security contributions must be paid. The keyword here is dry income, because the employee does not receive income in cash, but rather a payment in kind and would therefore have to pay the tax from his – usually non-existent – private assets. As a result of this disadvantage, employees were denied a major advantage of genuine shareholdings: future increases in value are tax-privileged and – depending on the holding structure – taxed at around 2% or around 30%.

To avoid any dry income, employees so far mostly have received virtual shareholdings. However, this has the disadvantage that the future increase in value in the event of an exit is also fully subject to wage tax – i.e., not the approx. 2% or 30% is due, but 42% to 45%.

As of July 1, 2021, a new law will improve this situation. The dry income is now not to be taxed at the time the employee receives the shares (i.e., at the time of inflow), but when he sells the shares and he actually has money in the account to pay his taxes (i.e. at exit).

BUT: There are – how could it be otherwise – unfortunately exceptions. For one thing, the dry income and the obligation to pay taxes arise on the one hand if the employee leaves the company before an exit occurs. On the other hand, the tax is due no later than twelve years after the shares are granted. Consequently, there remains a considerable risk that the employee will have to pay taxes at some point without having the necessary money in the bank account.

Because of these considerable risks, it remains to be seen whether the new regulation will play a major role in practice. However, if the company valuation (and thus also the potential tax burden) is still low, it may well make sense to use the new regulation in individual cases.

Unfortunately, however, the new regulation is not a major step towards making employee shareholdings in startups more attractive on a broad scale. 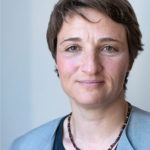